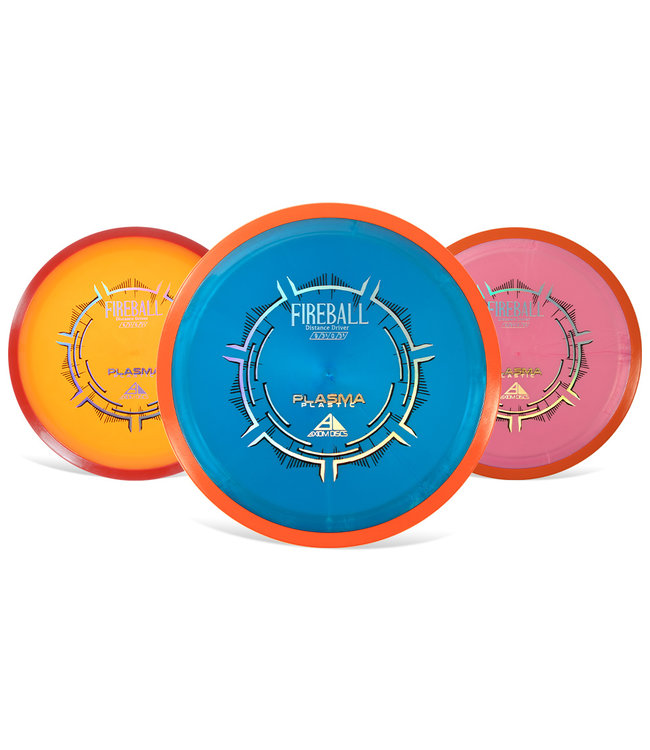 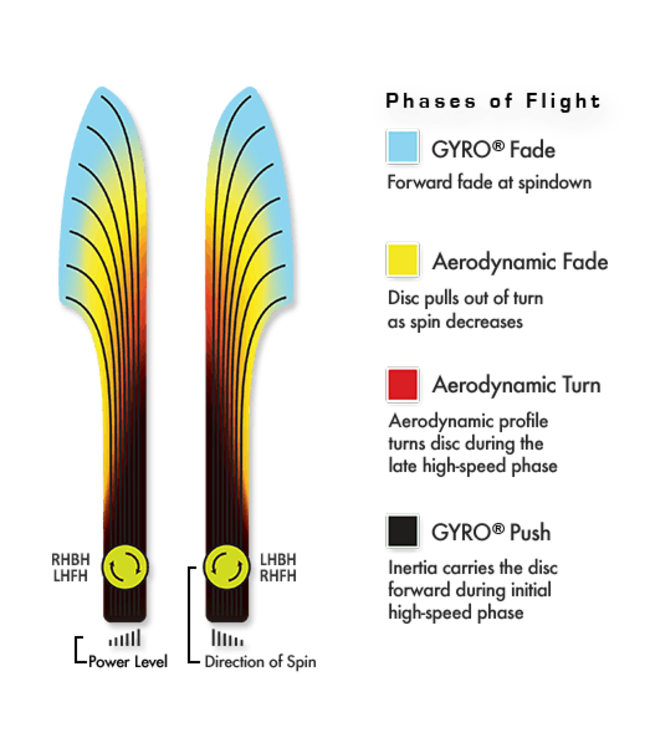 The Fireball is overstable and wind-resistant like the MVP Motion but has an overall straighter and longer flight profile. Read more..

The Fireball is overstable and wind-resistant like the MVP Motion but has an overall straighter and longer flight profile. The Fireball has a longer forward push during its early stage of fade, where the Motion would have begun a long gradual fade. At the end of its flight, the Fireball will drop later and more abruptly than the Motion.

The defining characteristic of the Fireball’s flight is its wind and power resistance. This coupled with a delayed and focused fade make the Fireball a unique addition to the GYRO® bag. It can function as a longer-pushing Motion, or a more overstable Tesla.

The Fireball is equally suited to backhands and forehands. Its high speed stability allows for line-locking power shots, and its late fade helps range the disc for optimal course placement.

The Fireball is overstable and wind-resistant like the MVP Motion but has an overall straighter and ..