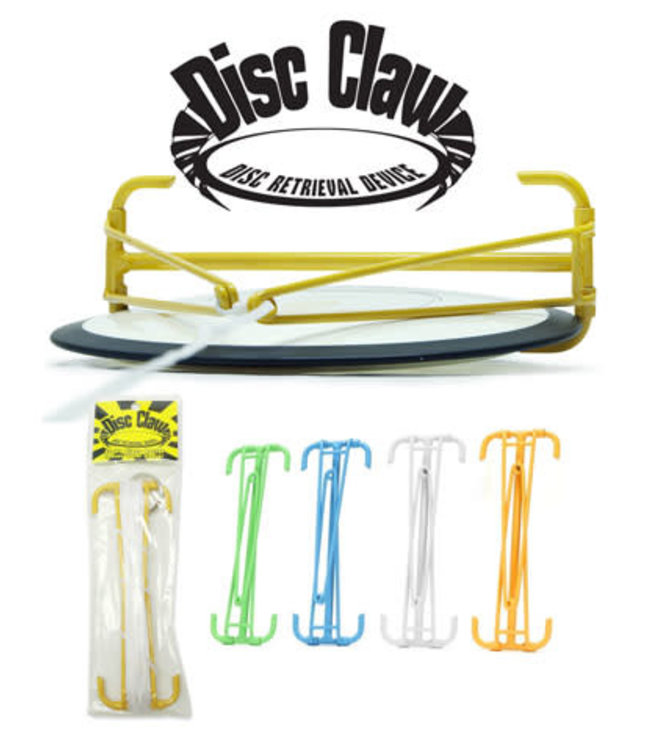 The Hive Disc Claw greatly improves upon a familiar design - the compact collapsible disc retriever. That's where the similarities end and the innovation begins! The Disc Claw Grabs discs from both top and bottom claws rather than in between. It is truly the best disc golf retriever we've ever tested. This allows a greater range of disc resting angles to be captured by the "claws" and pulled into the retriever. And by placing two short claws on bottom rather than a full-width wire frame, the Disc Claw stirs up far less of that dirt and silt that clouds the water. When your retriever leaves the water less murky and pulls in discs from more angles, you're going to get your disc back more often! The Disc Claw Folds up into a compact unit that fits in any disc golf bag. The long string included is capped off with a metal ring so that you don't accidentally toss the whole thing in the water. Get more plastic back today with the innovative new Disc Claw from Hive Disc Golf!