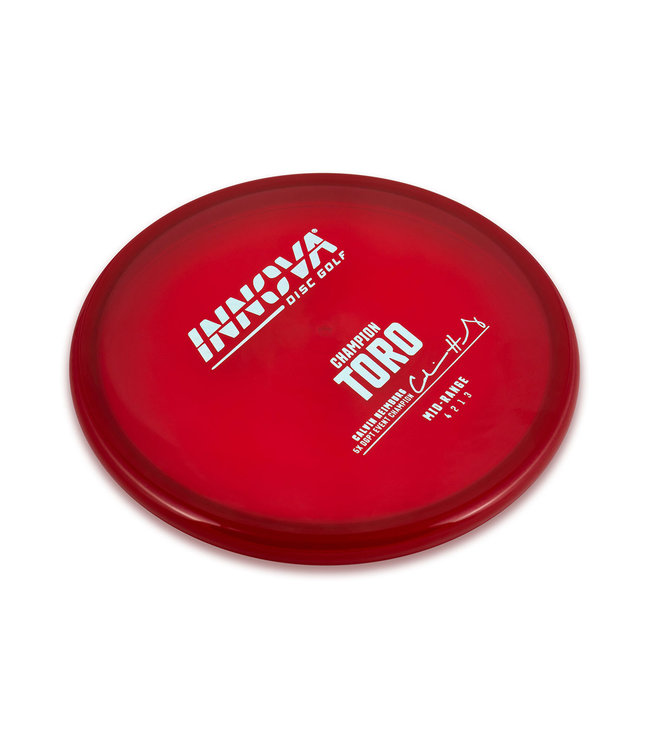 "Calvin Heimburg was the inspiration behind the Toro. He wanted a flat-top, overstable, mid-range disc that he could have confidence in—something that could handle his level of forehand torque. After several variations, the Toro was created and named by Calvin."

An overstable approach disc with low glide for a consistent and reliable flight when throwing to the basket.